Rocktape – What’s all the fuss about?

Recently our team spent a Sunday out at RMIT learning more about the use of Rocktape as a therapy for a whole range of muculotendinous injuries.

You’ve probably seen Rocktape being used by professional athletes on TV. Typically, it’s the tape that comes in bright and loud colours and designs. For the more conservative, we would suggest skin colour. But if you really want to make a statement…try the tattoo design. 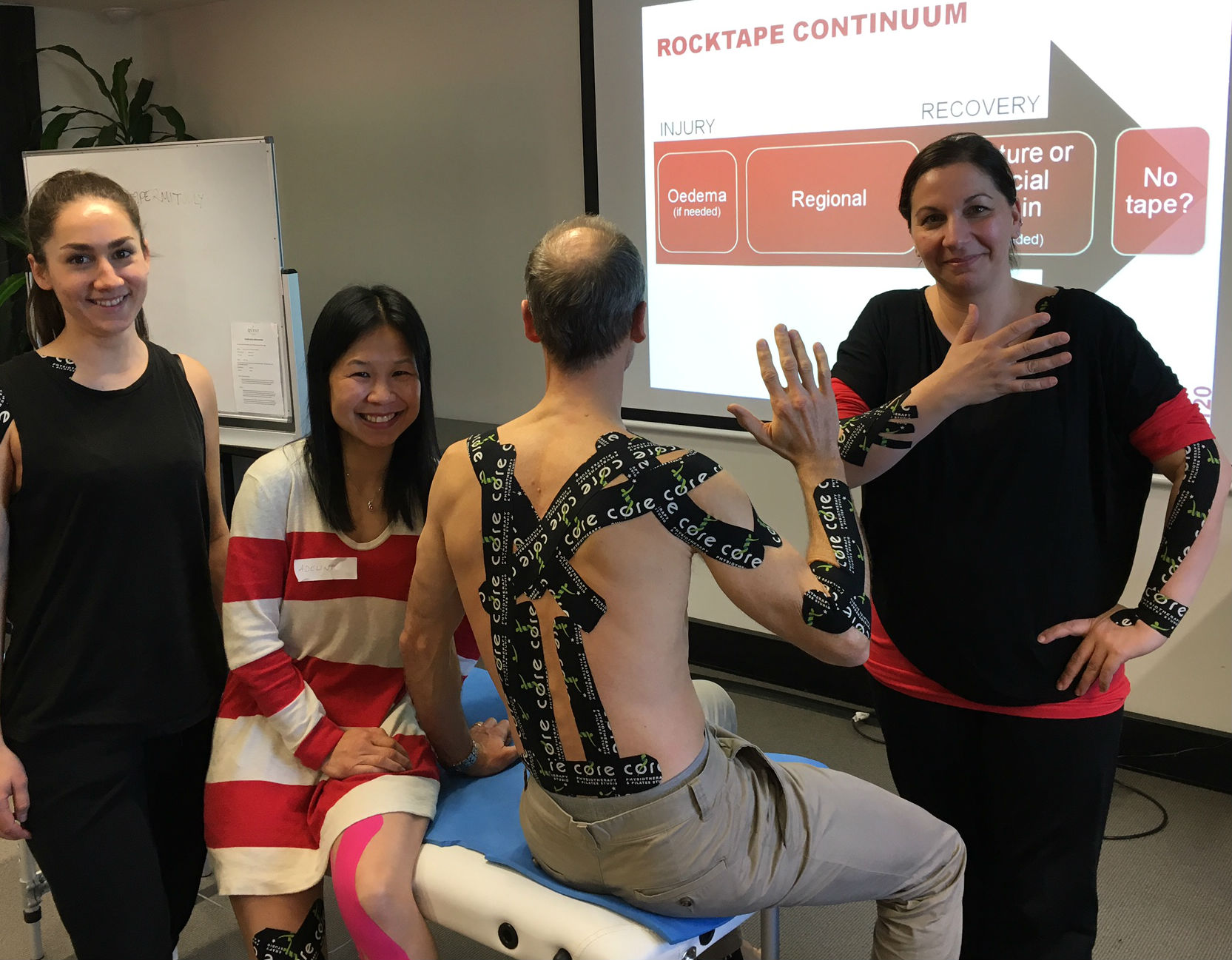 Having fun at the Rocktape seminar at RMIT, July 2017.

Rocktape is a dynamic tape (also known as Kinesiotape), which is different from traditional static tapes. For fans of the AFL, you would have seen players like Chris Judd run out onto the field with his shoulders all taped up – this is static tape. Static tape is designed to restrict movement, and in Juddy’s case, prevent shoulder dislocation and injury.

How does Rocktape work?

Rock tape is different. Unlike rigid tape that binds and doesn’t stretch, Rocktape is engineered to mimic human skin. The tape can stretch to 180% of it’s length and then ‘snapback’. It’s adhesive qualities mean it is designed to stay on for up to 3-5 days, even with normal bathing.

In most cases Rocktape is placed on pre-stretched skin. This results in a slight crinkling of the skin promoting decompression. This allows for increased blood flow, and hence reduces toxins and inflammation.

As pressure on the layer of tissue between the skin and bone is reduced, a more normal glide of deeper muscle and connective tissues can occur. This may improve the comfort and flexibility of movement.

In addition, Rocktape stimulates another type of nerve receptor called mechanoreceptors. Mechanoreceptors are activated by movement, which has a dampening effect on pain. This is why it feels better when you briskly rub your shin bone after you walk into the coffee table!

Not just for athletes

Importantly, you don’t have to be an athlete to benefit from Rocktape. Sometimes it’s simply a good adjunctive support to help maintain nerve stimulation following an adjustment or rehab session. 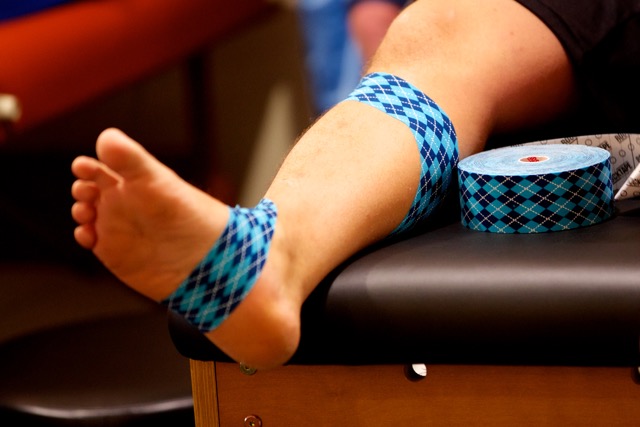